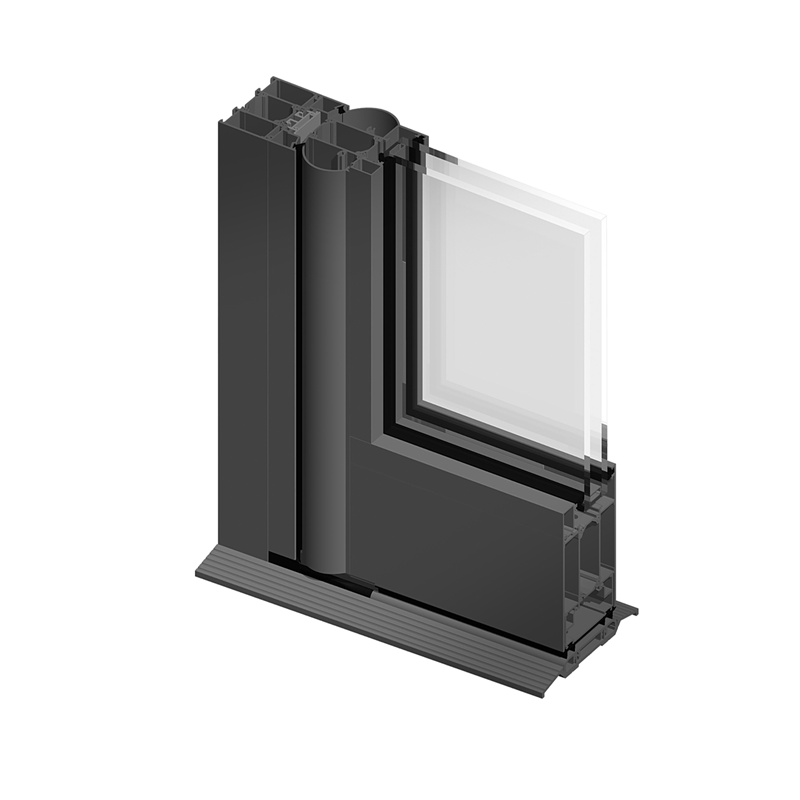 The SOLEAL PY55 Door offers outstanding thermal performance, levels of security and specification for high traffic applications. This system has been developed for areas of heavy use like hospitals, shopping and sports centres, offices, apartment buildings and education environments.

The Anti-finger trap option has a thermally broken bulb style on the rotation side allowing a maximum gap of 7mm and a 23mm gap between the aluminium profiles on the locking edge. This provides additional safety, especially where the entrance would be used by children. The anti-finger trap option can be specified for single or double-action doors, rebated or non-rebated, and concealed overhead closer systems.

Our brochure is available to download on the documentation tab above.

United Kingdom
The University of Lincoln invested £19m in the construction of the Sarah Swift Building, which is home to the Schools of Health and Social Care and Psychology. TECHNAL MX Visible Grid curtain walling, PY55 doors and FY65 were specified for this project, and were chosen due to their versatility and aesthetic qualities.

United Kingdom
Constructed within the Mossley Hill Conservation Area, the parkland surrounding the University of Liverpool's Greenbank strudent residences was gifted to the university by the Rathbone family in 1939, and still offers a unique environment today.

'Hat Box' is a part of the regeneration of New Islington, and is a high-end residential development completed in 2017.

To ensure residents feel safe in their home, the architects Carey Jones Chapman Tolcher (CJCT) specified products with high security features to be used. As such, our PY door, which incorporates an invisible door closer as well as concealed locking groover for a tight and secure mechanism, was specified for the ground floor apartments and top floor duplex apartments. These features, along with the single leaf open-in and open-out hinged doors that meet PAS 24 for burglar resistance, resulted in the Secured by Design certification.

Alongside the PY Door system, Confort 125 Sliding Door was used for the balconies and was specified for its durability, and the SOLEAL FY65 window was also specified. This further assisted in achieving Secured by Design certification, and the FY window is also tested and certified to PAS 24 for burglar resistance.

There are several optional additions to the FY window system to provide the ability for customisation for each project. In this case, the Hat Box development benefits from tilt before turn windows made possible by the systems durability and strength. The hinge mechanism can support glazing up to 130kg.

As well as a safety element, it was important to ensure the building's occupants would be living in a healthy environment. In buildings where there is a difference of U value between the walls, windows and doors, there is a risk of high humidity which could potentially cause issued with condensation and mould.

This issue was overcome at the development through the thermal efficiency offered by GEODE MX Curtain Walling. Less energy is lost via the difference between the inside and outside of the curtain walling. This consistancy in temperature and improvement of the air quality around the room ensures that the room needs less energy to heat and cool it.